Miles off the beaten path in the Utah desert, a group of researchers and military personnel collected data during a live fire event in an attempt to determine if current radar systems technologies can provide early warning to the warfighter.

Integrated Early Warning (IEW) provides advance warning to Soldiers on the battlefield for a host of different threats including chemical and biological threats. IEW is a top priority of the U.S. Department of Defense, and the U.S. Army Combat Capabilities Development Command (CCDC) Chemical Biological Center is at the forefront of IEW and sensor integration research, development and testing. During these most recent live-fire data collections, the U.S. Army experimented with new ways to teach an old dog new tricks.

That old dog is radar.

More specifically, the AN/TPQ-50 and AN/TPQ-53 counterfire radars, which are designed to detect and track incoming artillery and rocket fire to determine the point of origin for counterfire measures. The counterfire radars have seen their fair share of field time, serving both the Army and Marine Corps for years.

With advances in so many aspects of the U.S. military to create and maintain a more lethal force, scientists and engineers led by Jennifer Exelby, a CCDC Chemical Biological Center chemist supporting the Joint Project Executive Office for Chemical, Biological, Radiological and Nuclear Defense (JPEO CBRND), Experimentation Directorate, with the help of radar subject matter experts from the U.S. Army Combat Capabilities Development Command, Command, Control, Communications, Computers, Cyber, Intelligence, Surveillance and Reconnaissance Center (CCDC C5ISR), Intelligence and Information Warfare Directorate (I2WD), are in the process of determining if a possible upgrade to the current radar systems is practical.

“The [live fire event] allowed us to collect the data we needed to determine if an upgrade to the radars was feasible,” Exelby said.

“We are looking for unique characteristics from each round fired which we could potentially exploit to develop a new algorithm to enhance the radar systems,” Exelby explained.

The new trick could be an algorithm that takes raw data from the radars and translates it into useful information for Soldiers. In theory, the counterfire radars, using the new algorithm, would distinguish between in-flight chemical and non-chemical threat rounds. Furthermore, that data could be used to provide greater Soldier awareness through their common operating pictures.

“It’s very important to be able to decipher a regular round from a chemical round,” explained Maj. John Williams II, assistant product manager for science and technology portfolio integration at CCDC Chemical Biological Center. “We need to figure out innovative new ways to make the current technology meet our needs.”

The live fire event, including the data collection and analysis, was funded by JPEO CBRND Experimentation Directorate. The event was hosted by the Special Programs Division, Dugway Proving Ground and used rounds filled with liquid to represent chemical-fill rounds to see if the system could distinguish the chemical threat rounds from conventional rounds, in-flight and post-detonation. The Chemical Materials Activity provided assistance with coordinating the approval to fill the rounds.

But why does the U.S. Army need this type of technology? 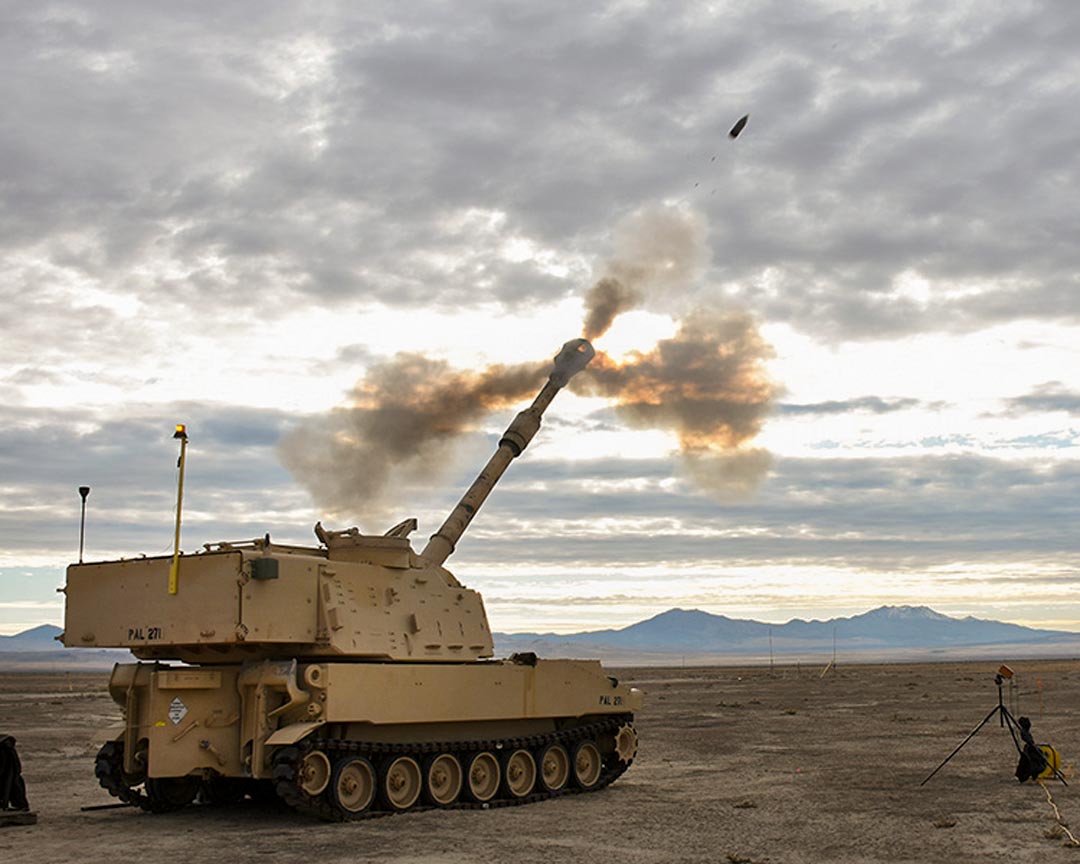 If Soldiers are taking enemy fire, and a chemical round is being used, battlefield sensors need to be able to warn Soldiers as early as possible so they can take the proper action. If warned that chemical rounds were incoming, Soldiers would begin donning their protective gear sooner.

“Chemical rounds don’t halt the mission objective,” said Williams. “We still have to march forward.” Ultimately, as Williams puts it, “we’d like Soldiers to be ‘left of boom,’ a step or two ahead of the enemy, so we can be better prepared.”

Other sensors used during the data collection included hyperspectral imagers which could be used to determine what liquid was in each munition, Light detection and ranging sensors were focused on assessing if the backscatter was different from round to round and acoustic sensors identified differences in sounds the munitions made when fired, in-air and at impact.

The data collection was coordinated by Exelby and C5ISR Center I2WD radar subject matter expert Marge Muller who also wrote the test plan, coordinated the conventional explosives and transport of radars to Dugway Proving Ground. Product Manager Radars provided the radar systems. The entire effort took a little over one year to complete. The complexities of coordinating this event were immense due to the collaborative nature of the event.

Once the data is fully compiled and analyzed, the team plans to produce several documents regarding this data collection and the capability of the technology as well as develop the actual algorithm if the results show promise.

Beyond that, the team will need to get buy-in from leadership and decision-makers that a simple software upgrade to enhance current radar systems is beneficial to the warfighter.
Once integrated, this new IEW data source would give Soldiers more information about the landscape of the battlefield, enabling a faster, more strategic tactical decision to be made.

“If there’s one big takeaway,” explained Williams, “it’s sometimes, finding the innovative way to integrate with the rest of the force is all we need to make a big change in how we fight.”