EDGEWOOD – New research being conducted at the U.S. Army Edgewood Chemical Biological Center (ECBC) is exploring whether chemical weapon-neutralizing substances can be incorporated into equipment worn by warfighters.

New research being conducted at the U.S. Army Research, Development and Engineering Command Chemical & Biological (RDECOM C&B) Center is exploring whether chemical weapon-neutralizing substances can be incorporated into equipment worn by warfighters.

Discovered in 2000, metal-organic frameworks, commonly called MOFs, are a relatively new research area – their ability to neutralize chemical warfare agents was just discovered five years ago. A team of RDECOM C&B Center researchers is determining how to incorporate MOFs into fabrics and textiles to give decontamination capabilities to materials worn by warfighters.

Essentially, certain forms of MOFs catalyze the oxidation of chemical warfare agents, thereby neutralizing toxic substances. When exposed to light, these MOFs react with and excite oxygen. In turn, oxygen reacts with and combines with agent, effectively neutralizing the threat. While there are thousands of different MOFs, RDECOM C&B Center researchers have identified fewer than 10 with this capability.

Normally, oxygen does not react with chemical warfare agents. However, when MOFs absorb visible light, they can use this energy to convert oxygen into a more active state called the singlet state.

The oxygen from the atmosphere is excited into a higher energy state by the MOF to make an active species that can then react with mustard (agent) and neutralize it.”

Composed of metal ions and organic compounds, MOFs take the form of powder. Decoste, along with Hui Wang, a National Research Council postdoctoral associate, and Ann Ploskonka, a contractor chemist working at the Center, are in the process of determining whether that powder could be infused within fabrics and textiles.

Specifically, Wang is researching whether other photosensitizers, such as boron-dipyrromethene analogs, can be incorporated into fabrics to improve the photooxidation process. While MOFs offer some advantages over other materials in that they are highly porous and can adsorb and potentially sequester large amounts of chemical warfare agents, the use of dyes has the potential of being a much simpler and cost-effective process.

Ploskonka is working on synthesizing and creating novel MOF structures that can increase the efficiency of the mustard agent photocatalysis degradation process. There are thousands of MOFs that have been reported to date, and they can be modified in many ways, so determining the optimal pore structure and density of functional features within the structure can be quite the laborious task.

When the capability is developed, the MOF-enhanced materials could be used for clothing or even as filters for gas masks, Decoste said. The next steps are determining that right combination of MOF and fiber to maintain optimum flexibility while retaining decontamination ability. 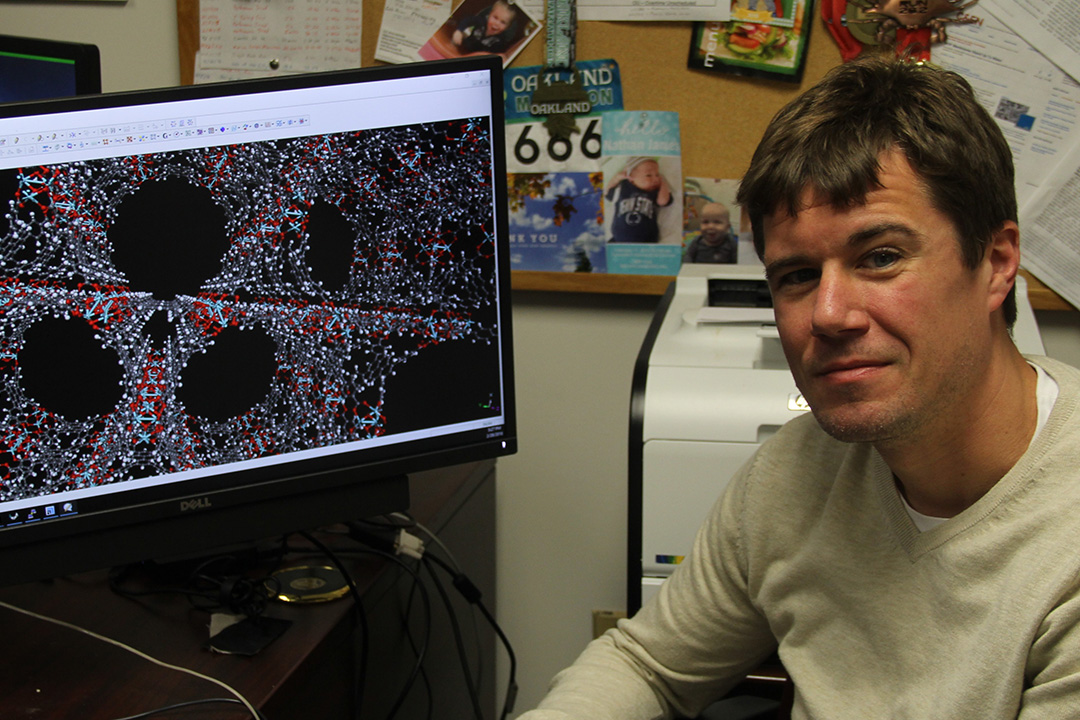 As this is a relatively new area of research, the capability is at a basic level.

“There is no self-decontaminating fabric that’s fielded or anything along those lines at this point,” DeCoste said. “This is really basic research at this point. We’re trying to determine the best nanomaterials to achieve decontamination, while in parallel, working on methods to integrate these materials into textiles that can be fielded.”

This research was prompted by a need to identify field-deployable methods of mustard agent decontamination. While some types of agent can be decontaminated using water from the atmosphere, mustard agent is less susceptible to that method.

Currently, this decontamination capability is only being tested for mustard agent. Some other types of agents, like VX, may be susceptible to this method. Others, like Sarin, are not. 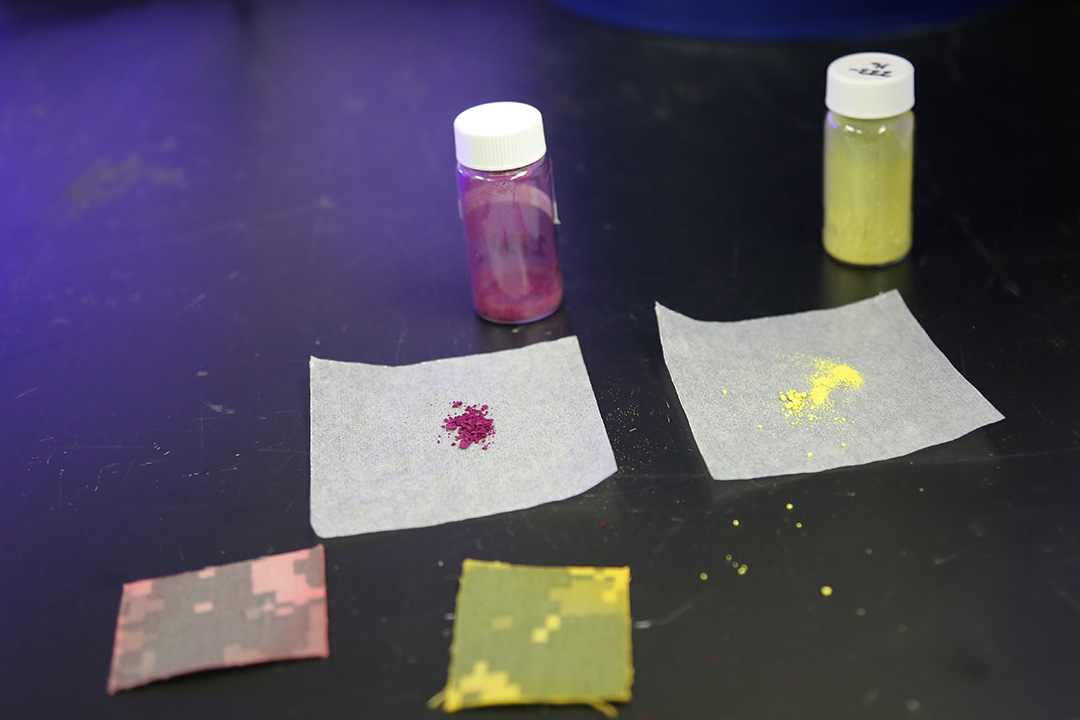 MOFs, which take the form of a powder, can be incorporated into fabrics and textiles like these swatches.

“It’s something that we plan on looking at,” DeCoste said. “In a lot of these basic studies, we try to study one reaction as best we can. Once we can fully understand the process well, we can move faster later on.”

As the technology is still in development, it’s unclear when it will be completed, tested, and deployed in the field.

“When you hear about using sunlight to decontaminate, that sounds like a futuristic application, and it is,” Decoste said. “It’s one of those applications where the materials are really novel and require development.”

The Defense Threat Reduction Agency (DTRA) is interested in the technology and has funded a program focused on up-scaling the production of MOF materials.

“We’re working with a pretty substantial program from DTRA to incorporate these active materials into more functional forms, such as textiles,” DeCoste said. “We have been talking to DTRA about getting these types of materials into the next generation of combat uniforms that are going out to warfighters.”