Targets like this one in a kitchen environment help civil support teams to recognize the manufacturing of weapons of mass destruction.

They say it takes a village to raise a child. For Carrie Poore, Ph.D., Advanced CBRNE Training Branch chief, it takes a village, or something much like one, to properly train Soldiers to recognize the manufacturing of weapons of mass destruction (WMD) made from chemical, biological, radiological, nuclear and/or explosive (CBRNE) materials. Soon a combination of double-wide modular homes, shipping containers and large sheds will form a mock village at the U. S. Army Combat Capability Development Command Chemical Biological Center to provide an ideal urban training environment for recognizing WMD targets.

“If you’re doing something nefarious, would you do it somewhere where someone is going to find you?” Poore said. “Where’s the one place that you could do it and nobody is going to find you? In your house. Having this training environment where we can simulate housing is important because Soldiers need to know how to recognize agent activities in a house.”

National Guard Bureau weapons of mass destruction (WMD) civil support teams (CSTs) respond when local law enforcement encounters a suspicious chemical, biological, radiological or nuclear set up. “CSTs are requested by their state or territory leadership to respond and characterize a site by taking a sample which is then assessed to see what processes are occurring at that particular location,” Poore said. “It is a public safety matter. You want to make sure the people in the surrounding area aren’t in any danger.”

There are 57 civil support teams around the nation. Each state has at least one, the District of Columbia has one and the territories of Guam, Puerto Rico and the Virgin Islands each have one.

Poore’s team trains the CSTs in how to identify small or large-scale WMD production sites, basic agent characteristics, what personal protective equipment (PPE) to wear, how to wear it, and how to conduct decontamination should a CST come in contact with agent. Agents that can be used as WMD include anthrax, sarin, lewisite, VX, botulinum toxin, smallpox and other chemical and biological materials.

“We start with classroom activities where we go through chemical and biological agents and their characteristics, then we go to hands-on activities,” Poore said. Hands-on training includes knowing how a processing target operates. “We can do everything from a hardware store bucket model process to a more sophisticated set up consisting of glassware that you would see in a synthesis laboratory,” Poore said. “We’ll often have them go to their area hardware store and have them design their own clandestine lab. The best way to teach them how to mitigate an agent processing target is for them to understand how it works.” 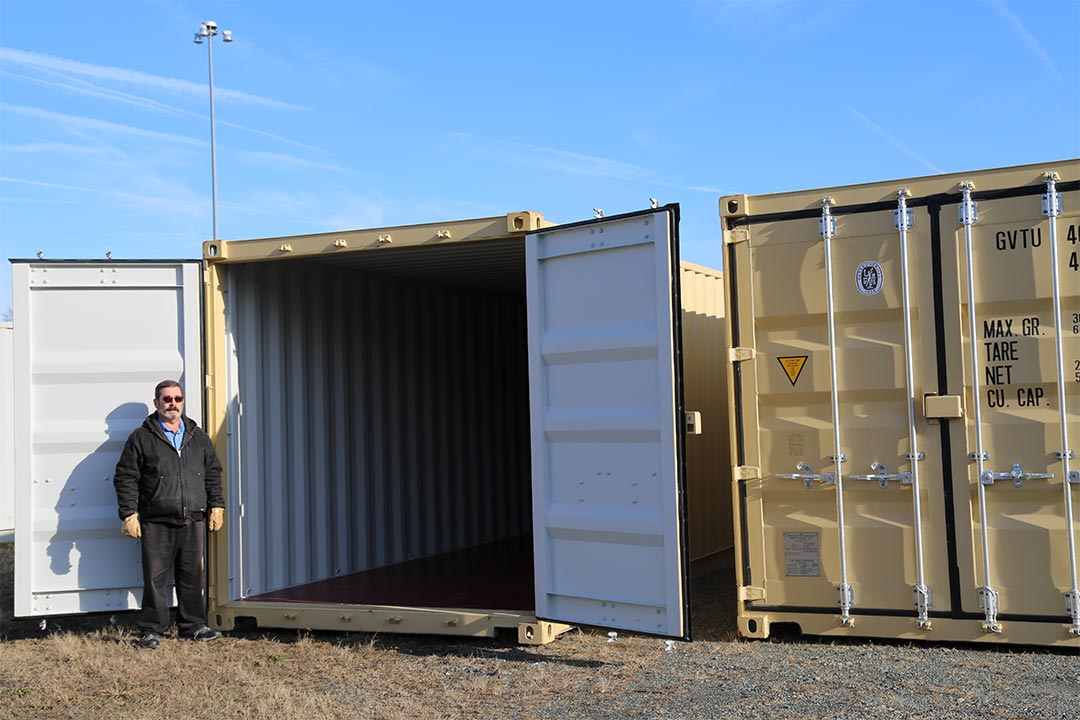 Until two years ago, the Advanced CBRNE Training Branch had a training village on post at Skipper’s Point to conduct that hands-on training. “There was an area of Soldier housing that was no longer in use,” Poore explained. “We asked if we could use it until the houses were torn down.”

While constructed on post, the houses were operated by an outside contractor. Through a series of liability waivers, the Advanced CBRNE Training Branch was allowed to use the houses for about 10 years. “When we had Skipper’s Point, we had about 52 houses,” she said. “You just don’t come across places like that very often. We could set up a number of training scenarios and just leave them.”

Designed to offer unique scenarios for training using simulant chemical and biological agents, the unused housing could accommodate 20 teams without needing to rearrange any scenarios.

Time finally ran out on the agreement and Poore’s team had to stop using the housing units. “We have to set these scenarios up all over post now to offer enough scenarios to adequately train teams,” she said.

Poore said her team has become adept at transforming any available building into an appropriate training site, but they are actively working on building a new village.

“One of the advantages of Skipper’s Point was that it was a community of houses,” Poore said. “So CSTs would respond to the scenarios as if they happened in a community. We want to re-establish that as quickly and as cheaply as possible.”

Right now, Poore has the funds to purchase three double-wide modular homes, eight 20 ft. and 40 ft. Conex boxes (shipping containers) and two sheds. “I have four 40 ft. ConEx boxes paid for; there are two across post waiting for site approval to put them in place and there are two more on the way,” Poore said.

“We’re going to rig the ConEx boxes with doorways so we can set them up in one configuration and then change them again to allow a completely different configuration. We can exploit the properties of all of the different boxes/sheds/modular buildings so we can change the overall structure of the houses as needed,” she said. The ConEx boxes can be lifted with a crane or forklift, both available on post.

Targets like this one in a kitchen environment help civil support teams to recognize the manufacturing of weapons of mass destruction.