Jim Baker, Ph.D. and Harry Salem, Ph.D. stand in recognition for their induction into the RDECOM ECBC Hall of Fame.

James Baker, Ph.D., who spent nearly half a century at RDECOM ECBC, and Harry Salem, Ph.D., who serves the Center’s chief scientist for life sciences, were officially named the first two inductees into the Center’s Hall of Fame during a ceremony on Aug. 16.

“Both of these men represent the best of RDECOM ECBC,” said Center Director Eric Moore, Ph.D. “They contributed to making RDECOM ECBC what it is today, and I am privileged to lead it. I stand on the shoulders of giants.”

The Center established its Hall of Fame to honor the contributions of RDECOM ECBC community members.

“Just last year, we celebrated our 100th anniversary which was more than just a historical milestone, it was a celebration of excellence in the chem-bio defense space,” Moore said. “The Hall of Fame is a small step toward recognizing the people who played a significant role in that history of excellence and will become an enduring tradition here at RDECOM ECBC.”

Baker, who worked his way up from research chemist to associate director, was remembered for his leadership and presence at the Center. Recognized internationally, he became the sixteenth American to receive the German Golden Cross of Honour.

“I’m very honored by this recognition,” Baker said. “There’s nothing better than to realize that your colleagues honored your work and honored you, and in some cases loved you.”
Moore, who began working at the Center after Baker’s retirement, praised Baker as a foundational leader and integral part of the community.

“I always knew Dr. Baker as someone who got work done,” he said. “Dr .Baker was an integral part of RDECOM ECBC, and he was never afraid to say what needed to be said. He is being honored not only for his technical contributions but for the legacy he left and the way he mentored others.” 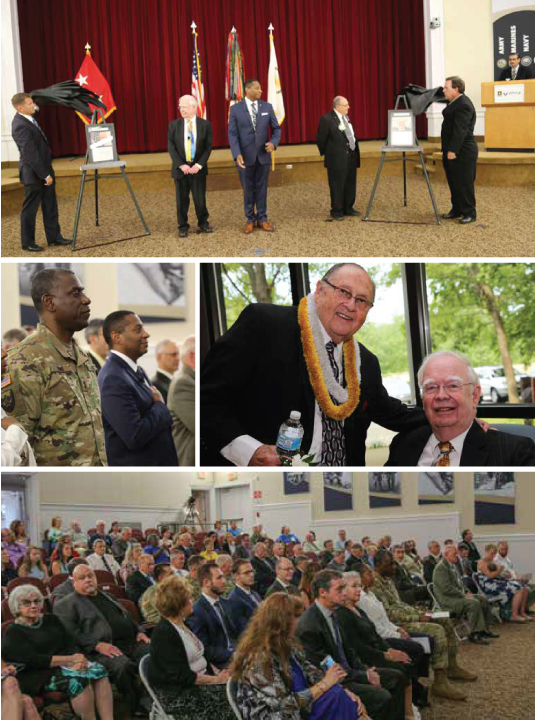 “What I remember and cherish about you is how you took care of our young people as a mentor and coach,” he wrote. “Much of the success RDECOM ECBC has enjoyed over the last 40-plus years has been due to your dedicated thoughtfulness for others.”

Salem, who continues to work at age 89, has worked at the Center since 1984, after spending many years in the pharmaceutical industry. At the Center, Salem oversaw the testing of the currently-fielded U.S. protective suit – the Joint Service Lightweight Integrated Suit Technology. Currently, his work focuses on stem cell research and the “organ on a chip” program, which implants organoids – a collection of cells from a specific organ – into a microchip for testing.

“I’m very excited and flattered and honored to even be considered for this Hall of Fame,” Salem said. “I’ve done my best, let’s put it that way. I had a lot of help from some smart people.
My successes are all due to the people that worked for me in the labs.”

Moore said that Salem’s work made a lasting impact on millions, or even billions, of people, noting that during his time in the pharmaceutical industry Salem helped create extended wear contact lenses and the drugs NyQuil and Contac.

“Dr. Salem was involved in all of these things,” Moore said. “He’s impacted millions and maybe billions of people, nationally and internationally.”
Rick Decker, a former RDECOM ECBC director, remarked that nobody works as hard as Salem. “Dr. Salem continues to be one of the hardest working people at RDECOM ECBC,” he said. “When papers are still coming across your desk at 7 or 8 p.m., you better know that Dr. Salem is still working hard.”

Moore said that Salem is always focused on “writing the next chapter.”

What Baker and Salem have in common, Moore said, was a willingness to help others.

“A consistent theme that you see with both of these gentlemen is that they gave back,” Moore said. “They made sure a succession plan was in place to ensure success for future generations of scientists.” 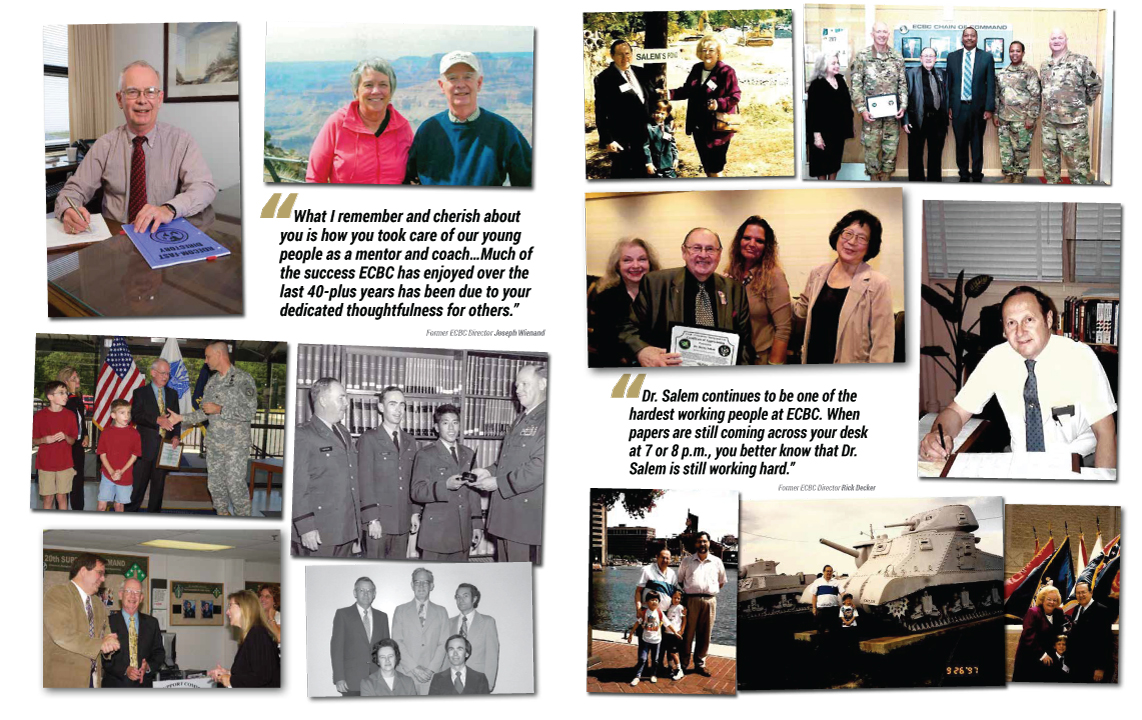 Jim Baker, Ph.D. and Harry Salem, Ph.D. stand in recognition for their induction into the RDECOM ECBC Hall of Fame.