A half century old and suspected to be significantly contaminated, the Amos A. Fries Research Laboratory, also known as the Super Toxic Lab, is first on the demolition list.

A decade-long initiative to remediate and demolish old buildings at the U.S. Army Research, Development and Engineering Command Chemical & Biological (RDECOM C&B) Center has begun with the remediation of the 50-year-old Amos A. Fries Research Laboratory, Building E3300. The E3300 clean-up effort is being be conducted by the RDECOM C&B Center Chemical Biological Application and Risk Reduction (CBARR) business unit.

“This demolition puts us on the right path to addressing our responsibility to the legacy buildings and our mission at Edgewood,” said Col. Robert Phillips, Aberdeen Proving Ground’s garrison commander. “It’s reassuring to know that the people doing this have a proven track record of responsible and safe remediation and demolition. With their level of experience, CBARR is the right team for the job.”

The initiative, expected to cost $507 million over 10 years and $20 million in 2018, is aimed at eliminating unused and obsolete buildings and modernizing Aberdeen Proving Ground’s infrastructure, a key priority for the Army. Most of the 63 buildings on the demolition list are over 50 years old and the majority are no longer used.

The construction of the Amos A. Fries Research Laboratory began in 1963 and was completed in 1967. It remained in use until 2014, when it was taken out of service and the majority of its operations were shifted to Bldg. E3400. Now, the building is the first to begin the demolition process. 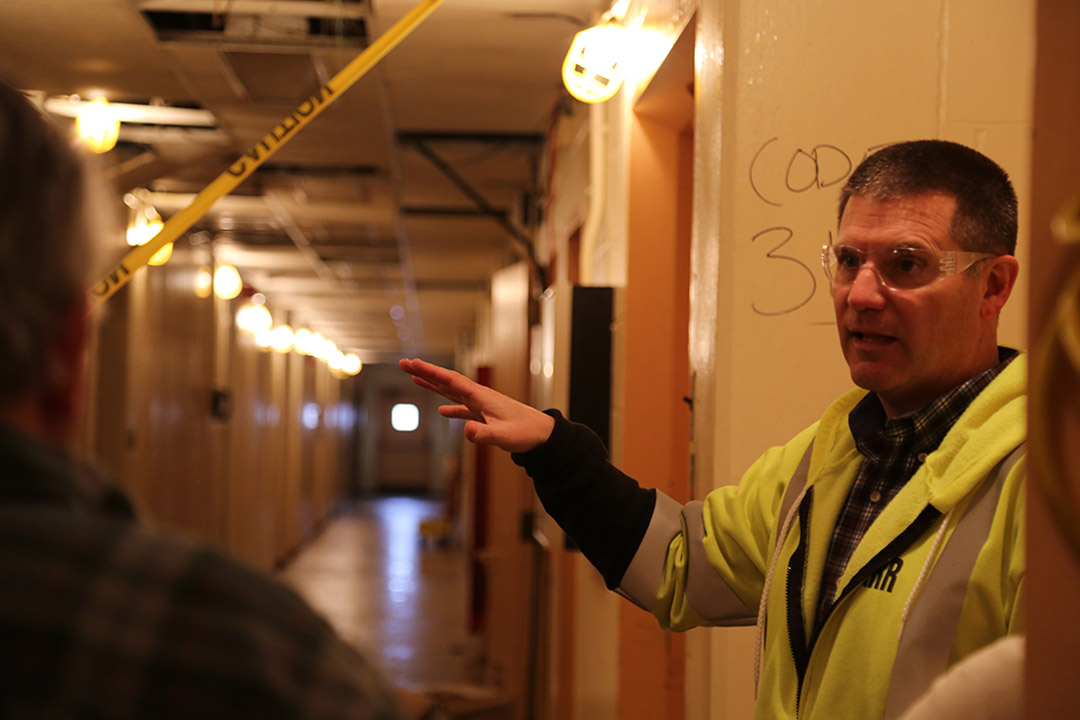 When we get this done, it becomes the model for 42 other demolitions”

“The decision to start with this building was driven by risk and continuing sustainment cost,” Schaller said, explaining that “due to the potential residual contamination in hoods, drains, and ductwork, the building has continued to run its toxic exhaust filter systems and required heating to protect utility systems from freezing.”

Without running those systems, it’s possible that chemicals could be released from contaminated equipment. Before the building can be razed, it must undergo a remediation process to ensure that no contamination remains prior to the demolition.

The Amos A. Fries lab known as the Super Toxic Lab. Traditional chemical and biological surety material, experimental agents, toxins, heavy metals, organic and inorganic compounds, radioactive isotopes, and mixtures of these substances were handled in this lab.

“It’s an old building — not that it’s unserviceable, but it takes a lot to keep running,” said Cheryl Kyle, a CBARR project manager for the effort. “Because of the wide and extensive use of toxic materials in the labs of E3300, there are a lot of eyes on this process. We have placed the highest priority on E3300 and want it to be the first one to come down.”

“The chemicals themselves are no longer inside the building — they were removed with the building’s closure. Where the concern lies is with equipment and objects that may have been previously exposed and contaminated by the chemicals,” said Kyle.

The CBARR business unit specializes in conducting chemical and biological operations with an emphasis on safety and surety. “Our staff is extremely well trained in handling agent, decontaminating buildings, and operating filtration systems,” Kyle said. “We have performed this type of work in the past at Aberdeen Proving Ground’s Edgewood Area, on buildings such as the Pilot Plant (E5625) and several other legacy structures.”

For the next two years, CBARR will be remediating the interior of the building to ensure the removal of contaminated materials prior to its demolition in the third year.

“When we get this done, it becomes the model for 42 other demolitions,” said CBARR Business Manager Tom Rosso. 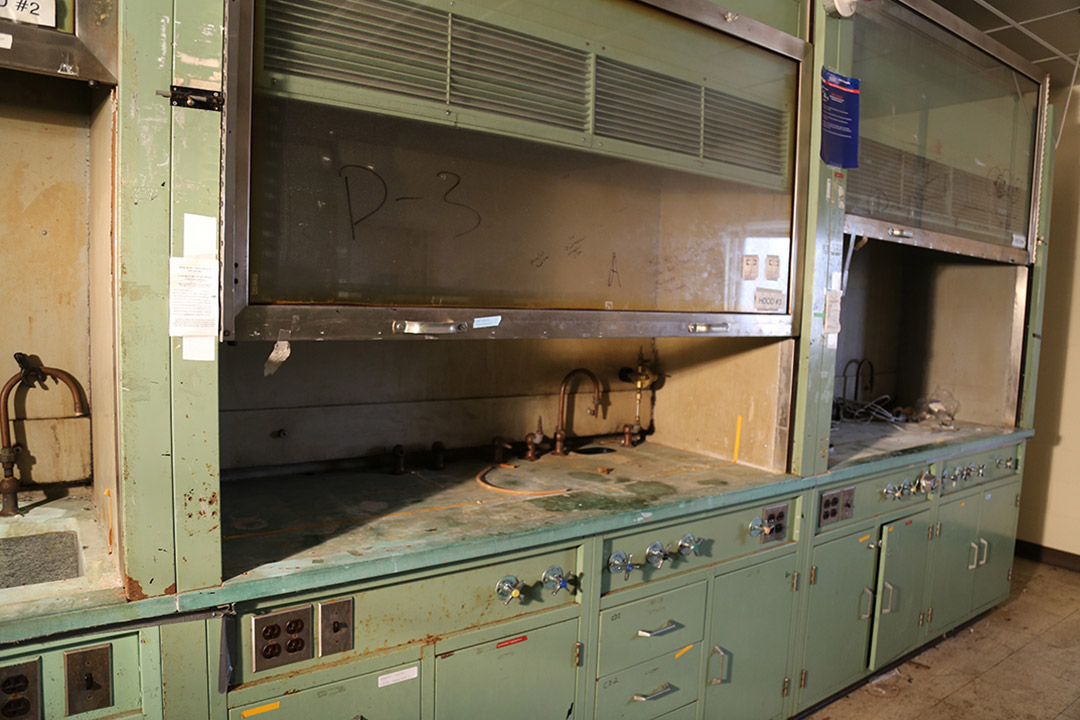 Much of the remediation efforts will focus on fumehoods like this, which were likely exposed to chemical agent.

CBARR will first remove materials with a low probability of contamination such as benches and ceiling tiles, which most likely weren’t exposed to agent, and then move to the higher probability items like fume hoods and drains, which CBARR suspects were exposed to agent. However, throughout the remediation process the building will remain under continuous filtration.

“Without removing these items, you run the risk of exposing demolition contractors to chemical and biological hazards inside the building,” Kyle explained. “Also, if not removed, those chemicals could be released into the air when the building comes down.”

After the two-year remediation is completed, the U.S. Army Corps of Engineers will handle the razing of the building.

Concurrent with the demolition effort, the RDECOM C&B Center is planning for future infrastructure investments that include reuse of the E3300 and E3200 Block areas.

A half century old and suspected to be significantly contaminated, the Amos A. Fries Research Laboratory, also known as the Super Toxic Lab, is first on the demolition list.